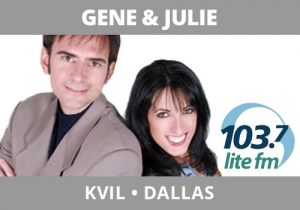 Each morning at 7:30, we play “Big Fat Liar” with the cast of Gene and Julie on KVIL, Dallas. This is a character building break, where we get to know the talent. Each tells a one sentence story about themselves, only one person is lying.  The listener who correctly guesses who’s lying wins.  Here’s one which shows the chemistry of the team.  You always walk having had fun and having learned something about each member of the cast.  It’s edited down from what aired, but you’ll get the sense of how it’s played and how these guys create laughter with it.