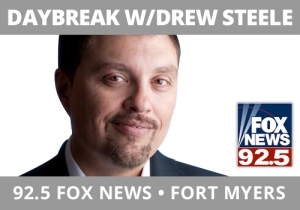 The conventional wisdom is that a topic as polarizing as Robert Meuller’s testimony to Congress this past week can’t be touched.  It’s too volatile to do.  I challenge you to develop some idea around it to test your creativity for an idea that has nothing to do with politics, but still ties you in.  One show I work with complained that their regular shows on the networks were cancelled because of it.  That led to them acknowledging that One Life To Live wasn’t on that day and they acted out a scene from it for the audience.  Then there’s Daybreak with Drew Steele, 92.5 FOX News, Ft. Myers, FL who noted how many times Meuller passed on a question.  He then strung the answers together and put together the No No Song.  Be of the moment, go there humorously, and give the audience something they cannot get elsewhere.  That’s a very smart strategy to creating a very huge fan base.