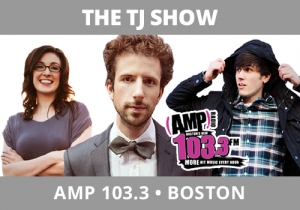 A goal for your show should be to start moving away from being feature driven (all those benchmarks do work to create appointments) so that the draw for listeners and fans is the compelling conversation you and your team have around the topics of the day.  Go back to when New England Patriots owner Robert Kraft was arrested for getting his happy ending at a message place when the Super Bowl happened.  We’ll identify first that, at the time, this was a top shelf topic.  It had all the elements of solid content:  it was relevant (Super Bowl), is had just happened so the timing was perfect, and it had a sex component, which always adds to things. And for The TJ Show, AMP 103.3, Boston, it was local.  TJ, Loren, and Producer Matt are terrific in many ways – most especially because they are hyper aware of the world around them, very knowledgable on all topics because they read a lot on everything, and have an almost infinite take on what’s going on.  This break is not revolutionary for its innovation, but it serves the goal of moving these guys to become more personality-based because it was great in the moment and the team did a terrific job just conversing about all its twists and turns to connect with the audience and keep them engaged.