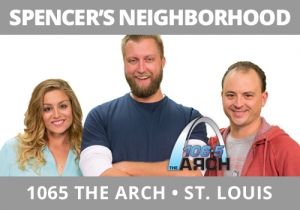 When telling a personal experience story, consider in prep a new question that will improve the energy of the break by asking, if the story includes other people, if having them tell it with you makes it more whole.  Brando, on Spencer’s Neighborhood, 106.5, The Arch, St. Louis, had an exchange with his young son and wife which resulted in the kid commenting on who the boss was in the family.  Had the team just allowed Brando to tell the audience everything, including what his son and wife said, it would have been somewhat one-dimensional, devoid of a certain authenticity and energy as he was speaking for the other people in the story.  Not here.  The team appropriately had Brando’s son and wife on-the-air to recount their parts, thus making the story more organic and fun, creating great dimension to keep the audience engaged throughout.