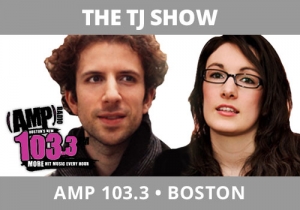 What to do when your two-year old has constant meltdowns and you are still a fairly new show to the market and need to do some positive character development?  If you’re The TJ Show, AMP 103.3, Boston, you do “Tantrum Tuesday”.  Each Tuesday, TJ (whose character includes being the father of a young child) airs the audio of his daughter having a tantrum.  Women connect with and have empathy for these kinds of characters on a show.  What’s critical to the win in this break is how TJ handles things.  With a quirky production value so it stands out, TJ tries to reason with his kid as an adult.  You laugh as you eavesdrop on this conversation between father and daughter and walk away with two important strategic messages about the program:  that TJ is just like you if you have kids and the show can create fun with real life stuff as it positions the competition as old(er).