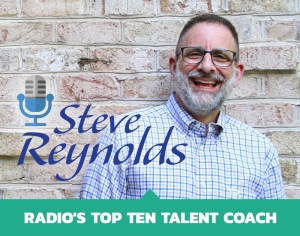 An oft-used bit is to mess up the lyrics of a song and the listeners have to guess the right song to win. Where things gets into unique territory (and become much more valuable because it’s unique) is to have a cast member’s parent do the bit. Often, a cast member would just do this, but using your mother helps position you as their kid (and a real person) and gives you more to play with. Such is the case in a regular bit done by Brian and Chrissy, WGNA, Albany called Chrissy’s Mom Screws Up the Songs. Here’s the payoff to one they did around Halloween. Listen to the production value of this bit and how quickly they moved through the content to not waste the audience’s time. In less than two minutes, the listener is hooked, engaged, having a good time, and leaves with several positive impressions of the show’s humor and relevance. Bonus points that they never put the caller on to guess the song – I love this because there is no inane banter with the winner. They just credit them, focusing more on the execution of the content that is entertaining to everyone not calling.

The Santa Zoom Thank You Covid! Scroll to top