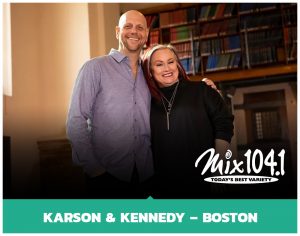 One of the reasons FOX News is so powerful is because in every segment they air, there is a villain.  Regardless of your politics, having a villain in some of the things you do will heighten a break’s stickiness.  It doesn’t always have to be negative, but opposites create meaning.  If I love The Bachelor and you hate The Bachelor, that could lead to an interesting and passionate on-air conversation that forces the audience to emotionally take a side as they identify with whichever position they hold.  Karson and Kennedy, MIX 104.1, Boston have an annual project each December where they gather toys for needy kids.  5000 Toys for Girls and Boys has been a staple of the show for years.  It took off this year when a villain appeared – an antagonist if you will – who was tired of everyone having their hand out for something.  He called the show, voiced his unhappiness, told the show to just play more music, and even insulted a cast member at one point.  What do you think happened?  The feature took off and not only beat, but exceeded its goal.  All thanks to the caller.  That the show used the bashing to further create humor made it even more memorable.