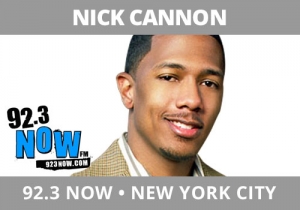 Where does every show want to me?  Right smack dab in the middle of pop culture and news. Nick Cannon at 92.3 NOW, New York talked to the street vendor who found the SUV in Time Square that almost became a bomb.  Duane Jackson is being hailed as a hero for having seen something odd and then alerted authorities.  Nick could have talked about Dwayne, but the show went the extra mile to get him on for this first person account of that city’s biggest news story!

Momilies Can They Sing or Will They Suck? Scroll to top