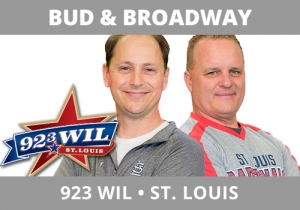 Do you know the lyrics of the Christmas songs you’ve played a thousand times on the air?  Kelly from Arnold on Bud and Broadway, WIL, St. Louis obviously doesn’t.  Singing “You’re a Mean One, Mr. Grinch” to herself in the studio, the team noted her lack of knowledge of the words.  So…this became a break.  It highlights the team’s relevance and sense of humor.  They challenged Kelly and the room to know the next lines after the song starts.  This is great use of audio and a very organic break with tons of laughter and self-deprecating humor from everyone.  This break opened other possibilities – like the team having to do Christmas carols on the spot for the audience, showing again how don’t know the lyrics of the world’s biggest holiday songs.