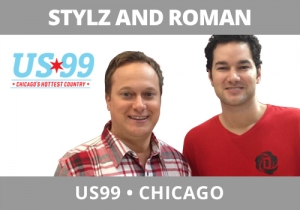 There may be no bigger baseball city than Chicago.  The morning after the Cubs eeked out an unexpected win over the Washington Nationals, Stylz and Roman, US99, Chicago knew radio that morning was no more difficult than putting listeners on to celebrate the victory (the win sent the team to the league championship game).  Having one of the team’s biggest fans on your show certainly helps, as you’ll hear in the reactions.  We oftentimes preach innovation against the big topics on this page.  Letting listeners on to mine them for their enthusiasm when things like this happen helps the show easily bond with the audience while being terrifically local, too. Sometimes it’s no harder than this.