WZLX The Number One PD in the Country 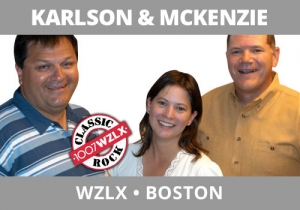 How do you celebrate when a co-worker receives an accolade?  Normally highlighting the successes of the program director of your radio station could be a very inside conversation.  Not for Karlson and McKenzie, WZLX, Boston.  When the PD (who they have a good relationship with) is named the number one program director in America, the show whips out their cell to record the conversation to bring us to the moment to have their fun.  Then allow things to escalate when the PD calls the studio to defend himself with the grief they’re giving him on the show.  All around, this was a relatable conversation and, because he gave the show the business back, the audience is laughing along.