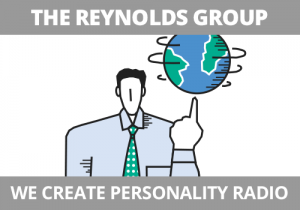 Considering most of your listeners spent time with their families over the holiday, it’s always fun to get a perspective of a show member by someone else in the family.  Enter Producer Luckey, who is part of the team at Fast in the Morning on AMP 103.7, Dallas.  The team regularly does character development by checking on the two main co-host’s spouses.  That this show leans younger, it also means they can involve their producer, Luckey, who’s single – so they see if he’s been a good son by talking to his mother.  Character development comes primarily two ways on any show.  By you giving your honest take on the topics of the day (the audience will know if you’re faking a perspective).  And by being vulnerable enough to let us into your life by the stories you tell.  Luckey’s mom shoots the audience straight on how good he was as a son in the previous few days.  Nathan and Sybil make every attempt to stir the pot for even better story-telling and character development.  All around, a very strategic break!