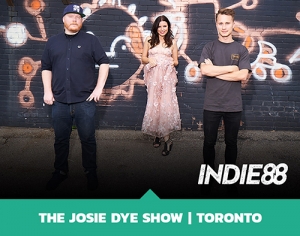 Canada is about to open back up its borders for Americans to visit their country.  After being closed the better part of two years, we haven’t been able to go there and they haven’t been able to visit the United States.  This begs the question to The Josie Dye Show with Matt and Carlin, Indie 88, Toronto:  is America excited to be able to come back to Canada?  In the construction of any entertainment around a big topic, find the tension.  It’s the conflict that will drive any central narrative.  Think of a story you’ve been told recently – drama has driven your interest.  The rules are different in Canada for cold calls.  Josie, Matt, and Carlin decided to call America, in search of people who were actually indifferent to the fact that the borders were re-opening.  The indifference is the conflict they used to create entertainment.  Here’s a silly break which shows that construction.

What Do You Think I Make? Klein and Ally, KROQ, Los Angeles I’ve Got a Secret Scroll to top