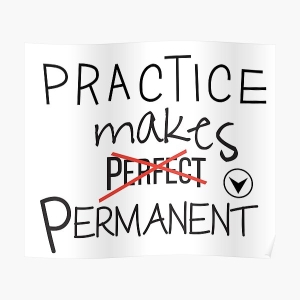 Many of us read in Malcolm Gladwell’s book, Outliers, that it takes 10,000 hours of intensive practice to achieve mastery of a complex skill.

Which brings me to show prep.

Back in the day, personality-driven shows could get away with winging it.  No longer, though.  The audience’s expectations, along with their A.D.D., won’t allow any show, new or tenured, to make it up as they go along.

I was asked recently to talk with some Audacy brand managers about the growth of talent.  Audacy is making a greater commitment to growing their people.  In the Q&A, their wonderful personality, Katie Neal, asked how to make a show more creative.

Well, you have to put in your 10,000 hours.  But an X Factor to making those hours valuable, and my answer to her question, is to surround everyone with more curiosity.  Creativity and curiosity are tied together, as I’ve discussed in this blog before (Steve Uses the “C” Word).

Prep isn’t sitting around a room, throwing out a big topic and then asking, “What can we do with it?”  Prep is marrying your elusive wonderment against a topic and engaging others to truly come up with angles that are memorable, different, and can’t miss.

In the last two weeks there are two examples with shows I work with that inspire me:

These two treatments of those two big topics happened because I have curious people on the shows who are forever falling down the rabbit hole, reading about it all to further stimulate their fascination.

Curiosity needs to be nurtured.  Are we doing enough for our talent to do that?

I am so lucky to have been around shows over the years who always practice their curiosity.  In almost every instance, that curiosity has become permanent and part of the ethos on how those shows prep.

Look at your program.  Do you have curious people?  And are they surrounded by even more curiosity?

You want a show that’s memorable, different, and can’t miss?  Go find people like that, who channel their inner 8-year-old, and question everything, with an insatiable appetite to learn more, more, and more about everything.

Then watch what happens to the creativity of the cast and your show.