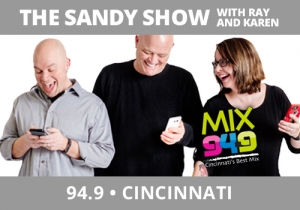 The world and country are so political.  Everywhere you go, it’s Trump, Trump, Trump.  Unlike the nightly TV shows that bathe in the topic and take political stands with their comedy, the relationship between your audience and you is different.  The audience doesn’t feel like they have a personal relationship with Stephen Colbert, but they do feel that with you.  Much like in person, there are topics you should be very cautious about.  Politics is one of them, out of fear the audience will mentally shut down at the mere mention of a political topic.  That said, there are a few ways to do this without doing this.  The Sandy Show, MIX 96.9, Cincinnati found one last week when they speculated about all the profanity used by James Coney when he testified in front of the Senate.  This is a technique done before of inserting bleeps where there could have been profanity and profane words appear in the brain of the listener.  The audience knows this didn’t actually happen, which is why it’s fun.  This approach tackles the Hot Topic of politics without ever taking a stand because its sole purpose was to create fun by being farcical.